Fresh out of recent bankruptcy, Karma is back and bold as ever.

Who makes the car karma?

The Karma Revero GT is a luxurious electric Sedan produced by Karma Automotive. The automaker specializes in the production of a luxury electric vehicle. Karma Automotive operates out of its base, located in Irvine, California. The company has its manufacturing plant in Moreno Valley in California. The automaking company is owned by the Wanxiang Group – which is a Chinese car supply company. Karma Automotive was formed officially in 2014 when it took over the assets of Fisker automotive. Fisker automotive had declared bankruptcy the previous year.

What is a karma Revero?

The Karma Revero is an electric hybrid sedan car produced for the upscale market of electrical car lovers. The Karma Revero is technically an upgraded version of the previously released Fisker Karma. While the first Fisker Karma got produced in 2012, the first Karma Revero got built-in 2016. It was designed by Henrik Fisker – who originally owned the production line. According to Auto blog online, the Karma Revero is a hybrid luxury sports vehicle that uses both petrol and electric power systems.  It has a four-door body style, while its layout involves a front engine with a rear-wheel-drive driving system. The car has a roof made of a solar photovoltaic panel.

Furthermore, it runs on the Lithium-ion battery. At a voltage of 120 and a current of 16 amperes, the Karma Revero takes about 10 hours to charge completely. In terms of acceleration time, the Revero goes from 0 – 60 in 4.5 seconds, while clocking in at a top speed of 125 miles per hour. With a digital dashboard, occupants of the car are treated to a 10 inches infotainment touchscreen known 1s the car control powerhouse. The vehicle comes both with the Android Auto and the Apple CarPlay. The Karma Revero currently has two models, the 2020 GT Model, and the 2017 Model. 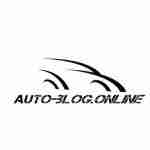 How fast does the karma Revero GT go?

The Karma Revero GT is known to have an acceleration time of 0 – 60 miles per hour in just 4.5 seconds. With a 550 pound-feet torque, the car can offer a maximum output, which is rated at about 535 horsepower.

How much does a Karma car cost?

Did they stop making the Fisker Karma?

Is Fisker Karma worth buying?

The Fisker Karma may seem like a car worth buying, not until you hear what car experts and insiders have to say about it. When put in comparison with Tesla, The Fisker does not measure up. It was smaller in size, had a lesser efficiency, was more costly, and was much slower. The Fisker Karma had an extremely tight cabin. People who drove the Fisker Karma complained that it was cumbersome and extremely heavy. The car is such a complicated vehicle to own. The Karma Fisker can be suitable for purchase when old; however, it still has that same curse. Therefore, the verdict here is to avoid ever buying one if you can. 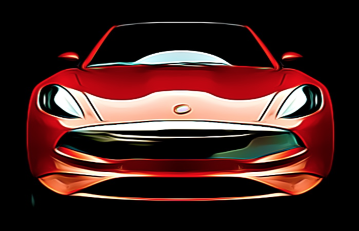